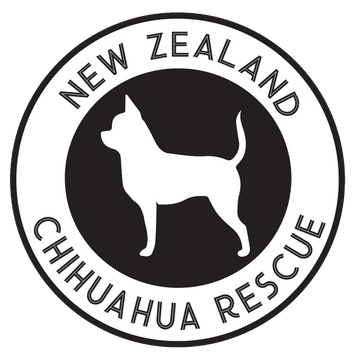 STATUS: NOT FOR ADOPTION - FOREVER FOSTER OF NZCR

Hercules has had a bit of a rough life. He came from a Breeder up North as a 6-week old puppy (although puppies should not be re-homed until 8 weeks minimum!) and spent 9 years with his former owner before she entered rest home care. Hercules was mostly an outside dog. Once Hercules’ owner entered care, he was taken in temporarily by a family member initially. However, it soon became clear he did not fit and NZCR was contacted.

Hercules was collected by our Trustees one winters night and remained with them for a period of around two months while undergoing his medical assessments, operations and rehabilitation. During this time, Hercules required a lot of medical care.

Hercules arrived with a terrible flea infestation that had led to flea dermatitis. He had large, itchy, weeping welts on his lower half. We set about treating his fleas and the skin irritation left behind. Secondly, we conducted a full blood and urine panel on Hercules to discover why he was drinking so frequently and to ensure he was healthy to undergo surgery.

In May, Hercules was desexed, micro-chipped and had a dental to remove several rotten teeth. We also finally addressed his tail injury by x-raying his lower half. Unfortunately, we found jiggered fractures in his hips and that his tail was without any feeling. Another pressing issue was Hercules’ heart – he has an enlarged heart and prominent murmur. We began two types of heart meds immediately so as to improve the quality and length of his life!

Hercules also had many mental issues to be worked on. Hercules does struggle to connect with people and other dogs and can be a bit of a “Lone Wolf”. As he was taken from his mother much too early, he struggles in knowing how to "play" with others and at times, he is unsure how to interact with other dogs. We are advised that Hercules was not close emotionally to his former owner either, so he did take some time to warm up to our Trustees and understand that they were there to assist him!

Although it has definitely been a journey for Hercules, he has come leaps and bounds from his first day in care. As a result, Hercules has now been moved to a family who are able to give him more one-on-one time and great experiences for the rest of his life. We are not sure how long – or short, that may be, but we are sure that we are committed to making that time as amazing as possible for him. Unfortunately, we came a bit too late to be able to prolong Hercules' life by very much or be able to medically clear and adopt him out. We will make the difficult call in time, once he has had the opportunity to learn what it is like to be a much-loved companion and pet!

Thank you very much for the offers but we are not seeking any other foster families for Hercules. He has a very loving forever-foster family already. We are always looking for stable, reliable foster carers to add to our database however - please see our "foster carers" tab and apply there.

Personality:
Hercules also has a sweet cuddly side once he gets to know you. He has a funny quirky personality, doing "zoomies" in the morning or whilst you prepare dinner to show his excitement! As is the case with most rescues, Hercules has trouble trusting new people initially and needs to warm to you. If you are patient and kind, he will soon learn to trust you and become comfortable around you.

Hercules enjoys pats, kisses and being around his Owner. Being older he is generally quite laid back, preferring to find a nice sunny spot to lie down in and/or drives and walks outside. Hercules is toilet-trained, good on his lead and is great in the car. He is a very clever and inquisitive little dog and will let you know if someone comes to the door. He is playful but only a medium energy level dog, he cannot be walked too much due to his hips. Hercules has a very "bitey" type of play - quite often mouthing your hand cheekily.

Hercules struggles with how to interact and play with other dogs. He does not like dogs that are too young and in his face and will soon teach them so. Hercules can be nippy if caught off guard and does not like children (due to a past of having them taunt him). Hercules also seems to be a bit more wary of men than women (he came from a female owner originally). He does not like his back end being touched (due to his hip and tail injury).

Health:
Hercules is a bigger small breed dog, around 4.3kg. Hercules has a physical deformity known as a "parrot mouth". This is where the lower jaw is shorter and does not meet the top jaw in the correct place. His mouth does close and he eats fine. It doesn't affect his day-to-day living at all and isn't overly noticeable - simply just a unique quirk of Hercules.

Hercules had his check up and bloods taken on 29 May 2019 which confirm he is healthy enough to undergo surgery. Hercules also had a urine analysis to confirm he has no kidney issues. Hercules has been flea and wormed, de-sexed, micro-chipped and vaccinated up to date.

We are advised that a couple of years ago, Hercules had an accident whereby he was chasing a car and his tail got caught under a trailer. His former owners advise he lost feeling/the ability to move the tail as it hangs limp. However, it also does not appear to cause him any discomfort. After inspection from our Vet, it appears to have no feeling in it whatsoever. The hips are another story. Hercules had x-rays of his pelvis and heart on 26 June 2019. The pelvis x-rays confirm Hercules has had a fractured hip that has not healed completely. As a result, he does require the odd Medicam dose for pain. The doesn’t like this area being touched at all.

Hercules has a tendency to snuffle and snort - if you have experienced reverse sneezing before, it is similar to this, however, our vet thinks he may have a touch of a condition called collapsing trachea. We keep a close eye on this.

Hercules has been x-rayed and has a prominent heart murmur, combined with an enlarged heart. He has been placed on Vetmedin and Fortekor. Hercules needs to be on these meds long term / for the rest of his life.

As a result of the above, we are not sure how long (or short) his time will be. For whatever it is, the Trust is happy to keep Hercules in a permanent foster arrangement. While being fostered we will meet the costs of his treatments, food and any other disposables or items that he requires.

Hercules is to be a forever foster of NZCR. If you are able to assist us with the costs of care for Hercules that would be a huge help! Hercules medical costs alone for his heart pills and Medicam will be over $200.00 per month. If you are able to "sponsor" Hercules or even make a small one-off donation, please donate to:

We are so grateful for the assistance and please do email us for a tax receipt if desired! If submitted to the IRD you can claim back 33.33% of your tax (ie. your donation!) Donating to our cause is a win for Hercules and for you!

OR donate via his "Help Herccy Fund" page here:

DONATE TO OUR HERCCY FUND HERE